MXM UPDATE: Chris Brown Gets Parking Lot from 'Hillbillies' Star ... Then Tags the Crap Out of It! 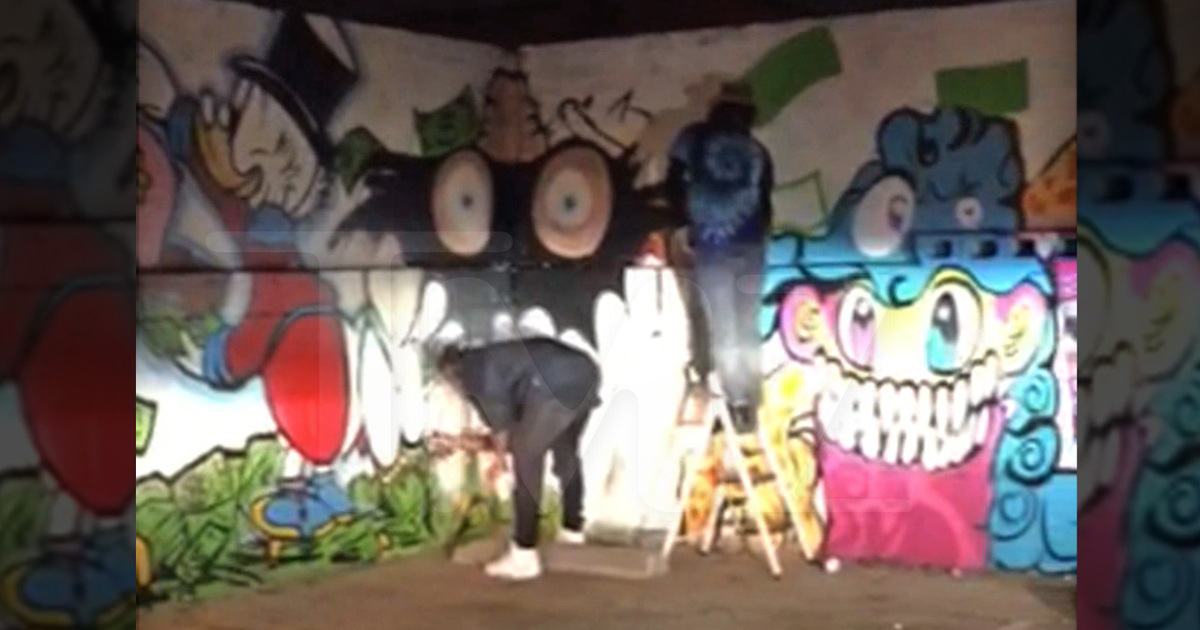 Every artists needs a canvas ... and for Chris Brown and famed street artist Alec Monopoly, their latest came in the form of a 2,000 sq. ft. parking lot ... courtesy of David Weintraub. The "Hollywood Hillbillies" producer/cast member owns a lot in West Hollywood -- and turned it over to Brown and Monopoly to turn it into a graffiti masterpiece. We're told they worked on the 10-foot walls for 3 nights -- tagging a few of their signature designs -- Chris's monsters, and Alec's giant Scrooge McDuck on a pile of cash. All the spray painting drew some attention from cops ... who showed up 5 times, we're told. No arrests though since this tagging was owner authorized.

Back to posts
This post has no comments - be the first one!
UNDER MAINTENANCE
Myxmind.xtgem.com
All rights reserved.
2015
923
Log inSign up